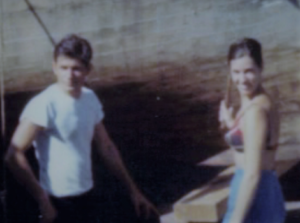 Will you permit me (as a proud 1/2 Greek) the stereotypical Greek-splaining of the meaning of a word with Greek roots? (As in, “Psychology — that’s a Greek word! Psy-cho-logia, get it? Weren’t the Greeks great?”)

The word “xenos” translated as “stranger” in Greek embodies a range of meanings from possible enemy to a most welcoming “guest friend” and “one entitled to hospitality” supported by the well-known Greek hospitality.

I’m not saying that Greeks aren’t capable of xenophobia, but they fear a good God or two; at least that is the tale told to explain why Greek hospitality took root. The stranger rolling up on that dusty mountain could be a god in disguise, so you’d better treat him or her well. (A non-Greek friend from Seattle said the same of the homeless: They might be angels. Then she dropped coin. I could almost hear a bell ring.)

Ideally, our actions toward strangers and individuals without homes should be kind despite what they can do for us in their disguised yet exalted god-states. On the spectrum of xenos, I’m interested in its ideal. A behavior to aspire toward, and possibly why that god story began: a parable, a warning. Words that one can aim for, like those etched on the plaque inside Lady Liberty, which my Greek Dad wrote about in his memoirs while describing his journey to America after some time in Germany. I extract a portion and retain his use of all caps:

“THE INSCRIPTION, ON THE LIBERTY STATUE, INSPIRES ME…AND BRINGS TEARS IN MY EYES THINKING OF ALL THESE IMMIGRANTS THAT LAID THEIR EYES ON IT…‘GIVE ME YOUR POOR….’”

Rob and I, a year ago (slightly wretched)

The entire text was written by poet Emma Lazarus (who to my delight has a strong nose) in her sonnet The New Colossus, to raise money for the pedestal that would hold our Lady. Here it is in part, coincidentally suggesting we move beyond the ancient Greeks, as evidenced by the first line:

“Keep, ancient lands, your storied pomp!” cries she
With silent lips. “Give me your tired, your poor,
Your huddled masses yearning to breathe free,
The wretched refuse of your teeming shore.
Send these, the homeless, tempest-tost to me,
I lift my lamp beside the golden door!” 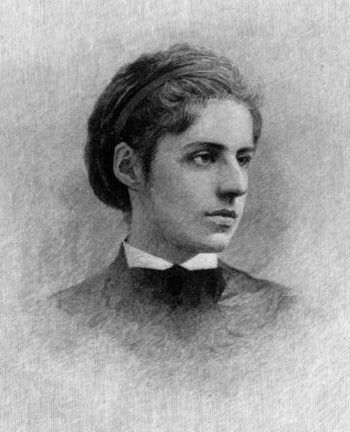 Our aspiration does not chase “Are you new here?” with a shot of “Are you here illegally?” followed by a “Get out” lemon slice, but rather “How can I make you comfortable in our foreign land?” or “Would you like some Reese’s Puffs?”

For Dad, he had high hopes in making the journey overseas. He had started dreaming of America when he read about it in brochures and books he received at school in Karditsa, Greece, and loved Westerns and the idea that you could become anything, including but not limited to a rich sea captain and/or just rich. 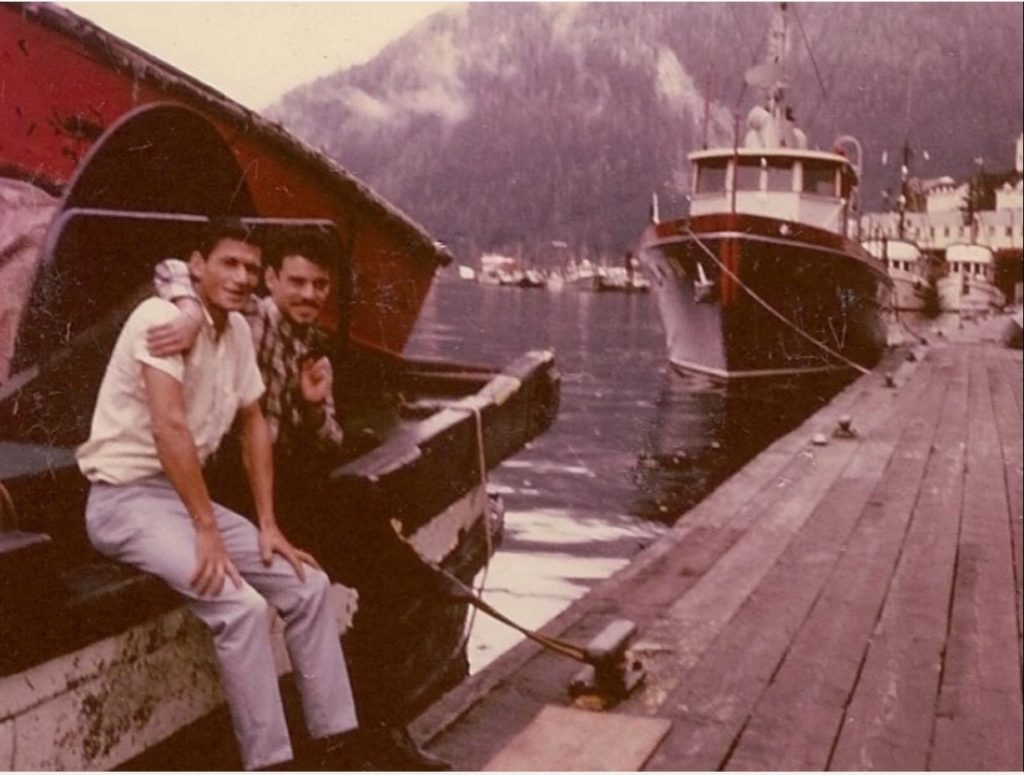 Dad with his friend Angelo

I continue his story in all caps:

“AFTER FEW DAYS, ANGELO AND I, WE GO TO ROTTERDAM, HOLLAND, TO GET THE ‘MS READAM’, AN OCEAN LINER…WHEN WE TRY TO GET ON THE BOAT, THE SAME PROBLEMS WITH MY PASSPORT…I HAD TO USE ‘MY GREEK KNOW HOW’ AGAIN…”

Um, okay, never mind that part of the story. A distraction, really. I’m sure my father came here legally, above board. (And I’m certain “Greek know-how” is non-mob related and no knees were broken.)

“FINALLY I GET ABOARD, BY AFTERNOON AND THE BOAT WAS LEAVING IN FEW HOURS…THERE WERE ABOUT 1500 PASSENGERS ABOARD…AND AS MANY IN THE DOCK, WAVING THEIR HANDKERCHIEFS, TO THEIR FRIENDS AND RELATIVES…I DIDN’T HAVE NO ONE TO WAVE AT…BUT I ALWAYS WANTED TO DO THAT…IT WAS A VERY EMOTIONAL MOMENT…I START WAVING BACK TOO…WHY NOT? DO YOU THINK THAT ANYONE MIGHT STILL REMEMBER, ELENI?”

Probably not, but you never know. (I just love that you asked the question, Dad.)

“THE TRIP LASTED ELEVEN DAYS AND NIGHTS…IT WAS THE BEST TRIP I EVER HAD. I PROMISED MYSELF THAT IF I EVER GET RICH, SOME DAY, I WILL SPEND THE REST OF MY LIFE, IN ONE OF THESE BOATS…I THREW LOTS OF BOTTLES, IN THE SEA WITH MY NAME AND ADDRESS, IN IT…GREEK ADDRESSES, THAT IS.”

Though I totally would have used a USA P.O. Box, I do have something in common with the words above. I’ve inherited his heavy leaning on ellipsis because they explain so much with so little…three dots to tell you there is no hard and fast, only possibilities and probabilities. Therefore, his journey did not guarantee a rich state, nor a pleasant one, but it did provide something, after those three dots. 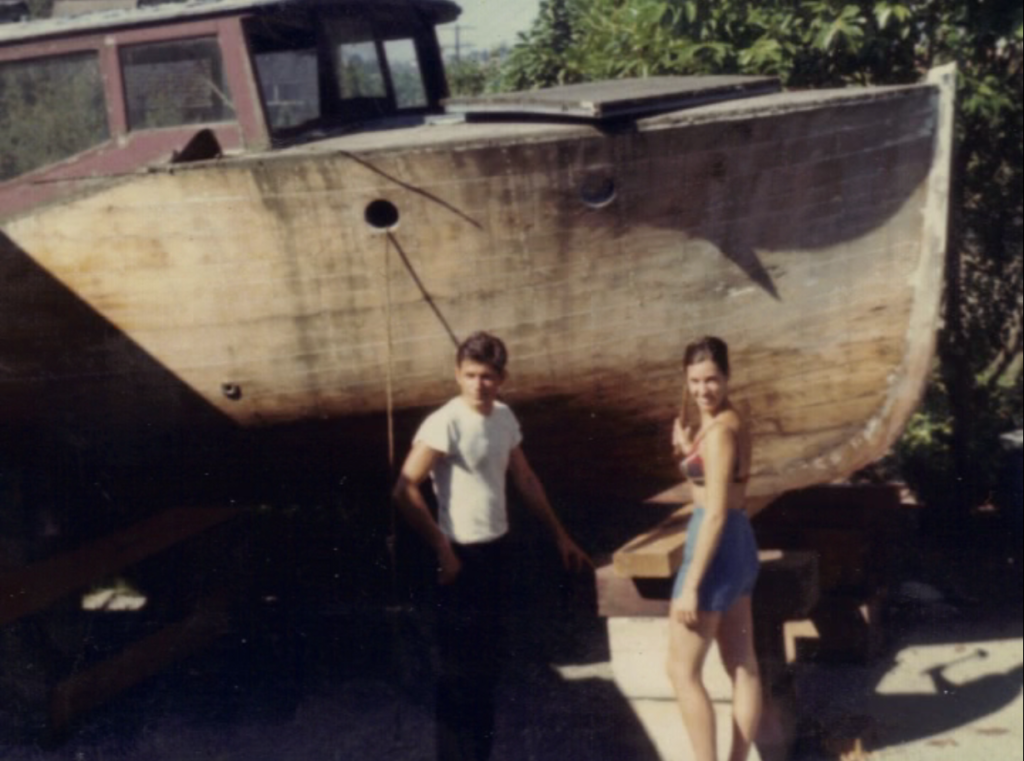 Dad with Mom in front of a boat he rehabbed

Dad met Mom while rowing a boat in Vancouver BC’s Stanley Park. They later married and lived in Canada, then eventually moved to Seattle where Dad ended up opening up several restaurants. They divorced when I was four, so my brother and I spent Sundays with Dad.

On these Sundays, I would translate for my father because people did not understand his thick accent. Sometimes, they did not want to understand. There was a difference, and you knew it immediately. An impatience and self-imposed deafness on one hand, and a quiet listening on the other.

One time, Dad and his Greek friend were speaking Greek at a bar. A man at the other end of the bar became irritated and walked across the room to them. “Why don’t you speak in English? How do I know you’re not talking about me?” he said (in a real foreshadowing of the Seinfeld episode “The Understudy” where Elaine is certain the Korean nail salon owners are talking about her. Spoiler alert: They were).

Dad replied, “Sure. But I can’t hear what you and your friend from across the room are saying. Can you speak up so I can know if you’re talking about me?”

In the repeated tellings of this story, I never discovered what happened next. I just picture that man looking defeated, and retreating back to his stool ne’er to be mean again. Maybe he even started learning Spanish on Duolingo.

These and other similar incidents throughout my life with Dad (“I have an accent on my tongue, not in my brain” he often said to defend himself when people spoke down to him) and early trips to Greece influenced my notion of what xenos meant. Or, correction: what it should mean. Its ideal.

Someone once said that alcohol is the cradle of civilization. And perhaps that’s true. Booze makes us loosen up and do what we need to do with one another. I’d argue that migration, forced or voluntary, is another cradle. Xenos is the needle that weaves unknown threads into the fabric of civilization. Sometimes that needle is piercing, invasion, colonialism. Other times, it’s holding everything together — including our civilization. 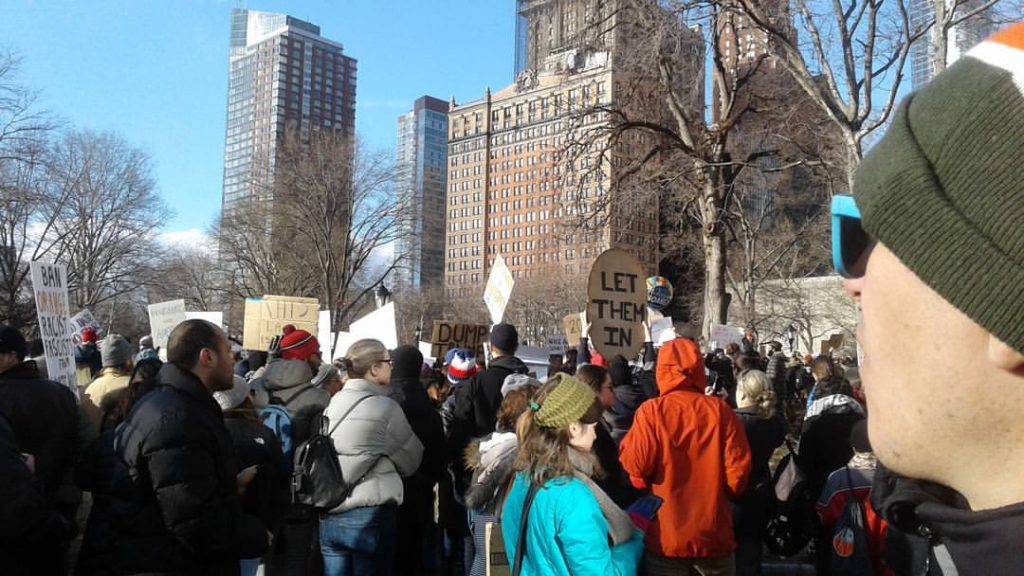 Rob in NYC last year. “Let them in” says it perfectly.

As I think about our country’s current policies on immigration, our border patrol, and all of the individuals and families desperate to find refuge, I ask that we strive for the ideal of xenos as guest-friend: open arms, not firearms. Bridges and zip lines, not walls. Ellipsis (another Greek word – someone stop me!) not hard stops.

Three years ago, we (my band) wrote a song called “Stranger” when we realized how many strangers had opened their arms to us as we traveled through different communities to share our songs. We interviewed bands and music supporters during our European tour in 2015, asking “Do you or your country have any bad habits?”  I combined these interviews (in part) with Stranger.  It’s never been more on my mind.

One day in Greece, I found five essential ingredients for a good* life. You Big Talker chronicles attempts to make life (more) fun through these ingredients including books, video, theater, music, writing, and activism. Home of #Comments.

*Good/Happy (YBT)= "least miserable" (JH); lived as if life ending next month; lived to fullest potential; infused with meaning; acting beyond one's own needs; 80% time spent on activities/projects one loves.